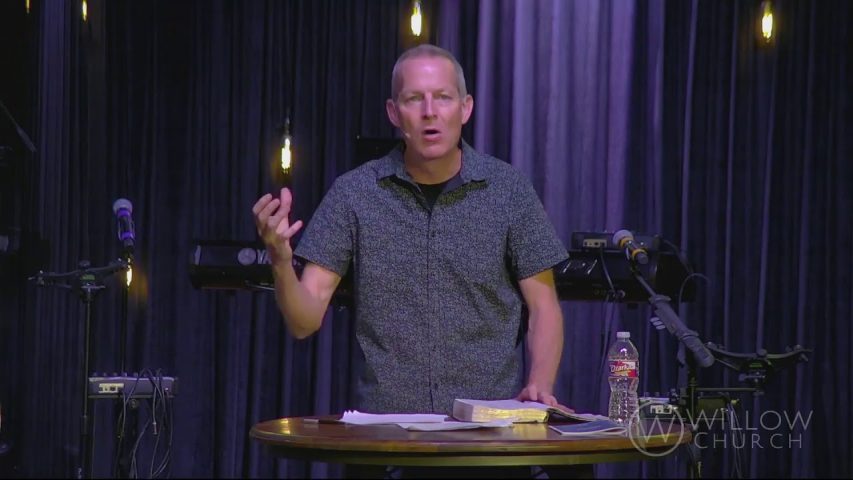 The following comes from my booklet: Leaving Babylon

The foundation of anything is critical. Whether you are building a house or raising children, much of the future outcome of a project or person is determined during the formative stage.

Likewise, if we want to understand Babylon during this end time generation we must understand her history. By understanding the past we get a sense of what the future holds.

Our Enemy doesn’t do anything new. It’s all recycled. People, places & technology change but tactics & outcomes remain the same.

As we look at Babylon’s founder consider how his influence and character are still being profoundly felt by the people of the earth. Just as Adam’s sin affected us all, so have Nimrod’s actions.

Reading the passage one would think that Nimrod was an outdoorsman who enjoyed building. You assume that Nimrod was a fine country boy who liked to hunt and had a lot of drive. Yet, nothing could be further from the truth.

It is clear as you read underneath the text that Nimrod was a tyrant of the first order; a cruel and oppressive ruler. The Chaldee paraphrase says, “Cush begat Nimrod who began to prevail in wickedness, for he slew innocent blood and rebelled against Jehovah.”

Nimrod’s name has the idea of rebellion and revolt behind it. His name is derived from a word that means “to rebel” (Strong’s Exhaustive Concordance #4775). Many see him as the leader behind a mass rebellion against God.

Josephus, the Jewish historian of the 1st century, regarded, “Nimrod as the originator of a systematic opposition to the true God.” The Bible scholar, H.C. Leupold believed Nimrod rose up against God and attempted to overthrow all existing order. Philo, the 1st century Jewish scholar, said, “Everyone who sins greatly ought to be … spoken of as a ‘second Nimrod.’”

He was a “mighty warrior on the earth” and a “mighty hunter before the Lord.” This sounds like he was aggressive and hunted animals, that is until you understand the historical background.

God told Noah and his sons to “increase in number and fill the earth.” (Gen.9.1) The idea is that they were to fill the earth, not to congregate in one particular area. Nimrod built the great cities of the earth. How was he able to do this if the people were scattered and they lived an agrarian lifestyle?

He subjugated them. He brought them under his control through conquest.

John Gill writes, “He was the first that reduced bodies of people and various cities into one form of government and became the head of them; either by force and usurpation or it may be with the consent of the people, through his persuasion of them.”

A “mighty hunter before the Lord” can also be understood to mean “a mighty hunter against the Lord”. He worked against God’s purposes by hunting or enslaving men. Many scholars believe Nimrod was the world’s first tyrant.

Much like a modern tyrant, he would dominate others through force and then enslave them to do his will. He “warred” against the peoples of the earth and enslaved them to build the great cities. Until this time, there were no “centers of power”.

We know Nimrod’s motives were not noble due to the construction of the Tower (Gen.11.1-9). Though the text doesn’t say, many scholars believe that Nimrod was the originator of the Tower. His desire was to “make a name for ourselves and not be scattered over the whole earth.” (11.4) He wanted to consolidate the people of the earth, even though God wanted them to be scattered so they would fill the earth. By uniting the people in large cities, they would be easier to control.

Nimrod wasn’t a country boy with a lot of ambition. He was a man driven by an insatiable desire for power.

Martin Luther writes: Similarly, Nimrod was the first after the flood to strive for the sovereignty of the world. Not satisfied with its southern part (Africa), he extended his grasp eastward, in the direction of the lands of Shem…Therefore Moses adds: “He was the first on earth to be a mighty man,” not by divine command or by the will of the fathers…but through tyranny. We must not suppose that he achieved this without murder and bloodshed.

The construction of the Tower of Babel is the supreme example of his lust for power. It’s not coincidental that Babylon originally meant “the gate of God.” Babylon, early on, must have been a place of spiritual significance much like Bethel was and Jerusalem was and is.

At the “gate of God” Nimrod would take on the God of Heaven & Earth. The Tower was more than an historical marker. It was an affront to God. Mortals taking on the Immortal; gaining a name against the great “I AM”.

It may be that Nimrod was trying to seek revenge against God since He had drowned the earth before. Or, he might have been trying to build himself a physical platform to take on the God of heaven. Therefore, he used tar to waterproof the structure in case God tried to flood the earth. Any way you look at it, the same character traits are seen: pride, arrogance & hatred. (Very similar to Satan’s attempt to ascend to the throne of God – Is.14 & Ez.28)

Nimrod isn’t the only thing that needs to be seen in the Tower narrative. Listen to the phrase: “Come, let us build ourselves a city, with a tower that reaches to the heavens, so that we may make a name for ourselves and not be scattered over the face of the whole earth.” (Gen.11.4)

Through Nimrod’s inspiration the people of the earth are reliving the very act of Adam & Eve. They are trying to “be like God.” (Gen.3.5) Satan tempted the first couple to believe this lie and here he is tempting the first culture to do the same. The same is happening with the ET culture

God says, “If as one people speaking the same language they have begun to do this, then nothing they plan to do will be impossible for them.” (Gen.11.6) His response to their aggression is to “go down and confuse their language.” (Gen.11.7)

Since Babylon takes center stage during the end-times, it’s important that we see how she is influencing  and seeking to control us.

Revelation 13 and 2 Thes.2.4-11 describe how the anti-Christ and the activity of Satan will unite the world in opposition to God. Though a literal tower won’t be built, in the minds of most God will be dethroned and mankind will reign. The anti-Christ will have the entire culture supporting his ascendancy.

The spirit of Nimrod will fill the earth. Nimrod enslaved much of the known world, and the anti-Christ will do the same. Nimrod inspired the world to take on God, so too will the nations of the earth gather together in one final effort to overthrow the King of Kings (Rev.16.14; 19.19).

What does this mean for us today?

Babylon is still here. Though there are no countries called Babylon, the characteristics of the culture are everywhere. Pride, bondage, violence, control, greed & oppression (inwardly & outwardly) abound.

Everything goes back to its origin. Technology advances but man’s values and sin patterns do not. The Babylon of Rev.17 and 18 is the full-blown incarnation of Babylon in Genesis 10 and 11. They both are inspired by the same Evil and they both suffer the same fate.

Babylon was the seat of power and Nimrod controlled it. The influence of Babylon was felt all throughout the known earth. Just as in the end times, the Satanic spirit of Babylon will permeate the world.

You cannot easily separate Nimrod from Babylon for he shaped the culture. He sought worldwide domination and seemingly wanted revenge against God for flooding the earth. He would not bow the knee to God, but rather wanted others, including God, to bow the knee to him.